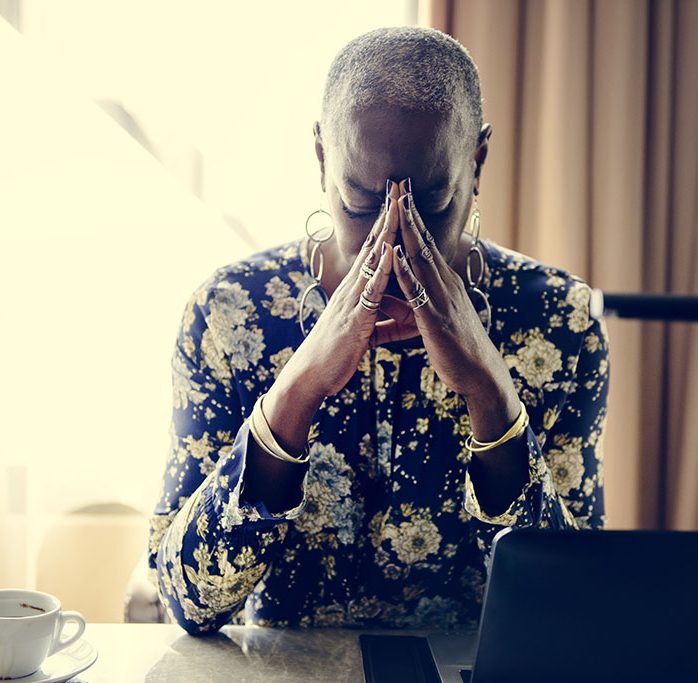 The Power And Pain Of Perception

My first real lesson and understanding of “Perception” was several years back whilst I was still involved at Hospice. I interviewed a couple who walked in and wanted to know how Hospice operated, the Gent was diagnosed with Cancer, and his Wife and her Autistic Daughter was ready for Hospice support. A lovely Couple… whom I could tell have walked a journey to get to this point. I introduced them to our Day Care Group, and they settled in like a glove. She volunteered in the kitchen, and he enjoyed the interaction and support from fellow Patients and Staff. After three months, I received a call from a Lady; distraught, enquiring about our Service for her Dad.

Although sad, she was angry. She described her father as this “monster.” I allowed her to share her feelings and I supported her and guided her to discuss Hospice Care with him first; as it was our policy to only get involved if, the Patient knows their diagnoses and if they agree for our Care. I empowered her to speak to him and tell him about Hospice Care and invited her to call us as soon as he has agreed, and reassured her that we then will make contact. Before ending the call, I asked her to give me her Dad’s details, so if they call, I will recognise their names and show them my immediate attention. My jaw dropped, as she gave me the name of the Gent who had become part of the Hospice Family’s name! Who was this Monster?… We had only met an “Angel…” My Team and I discussed this and decided just to observe the situation.

A couple of weeks later I got a frantic call from his Daughter asking for immediate intervention as he was admitted to hospital and she and her four sisters needed to talk immediately.

As I walked into the Hospital foyer, I was met by five beautiful women, overwhelmed by emotions; I sat them down to start sharing…

Their personal story was filled with severe pain, loss, grief, anger and assumptions from their Childhood… They shared a painful story of how their Dad came home one day and found their Mom in bed with another man… he shot them… he had to go to prison and they were split up between family members, a considerable loss for them. Somehow Dad was released and got them all together as a Family again; yet not long after he went away for a weekend and came back with a Lady and her Daughter and told them: “ This is your new Mom”…

I finally understood their perception of their Dad being a Monster! I respected their Pain and Perception. I also understood Him and the Journey he had travelled. Did he make mistakes? Hell yes! However, it was still their Daddy, and their past childhood pain was screaming to be heard, normalised, and supported. It was such a privilege for me to walk a Journey with this Family.

I realised then – the Pain and Power of Perception…

This experience helped me to look at some of the perceptions I had about certain people in my life. I came to realise how perception often is a defensive mechanism to protect our hearts… not realising it should only be a temporary thing. Thus, we hold on to that perception, locking in a reality and allowing this perception to control our lives. We start seeing life through this perception, and we start speaking from this perspective.

I could tell from the discussions I had with the Patient, that he had worked through a lot from his experience, he had matured emotionally, he started a spiritual journey towards forgiving himself and was reclaiming his peace before death.

His Girls, though grown-up, were still locked in emotional immaturity and their perception had kept them in that pain and stopped them from growing. They were unable to notice his efforts to heal, forgive and make peace. They all suffered and never knew how to talk about this unspeakable time and thus grew up with assumptions about each other. This is why I love teaching Communication, Counselling and Life Skills to empower ordinary people to thrive and to evolve.

I realised what the Power of Perception could give us. Sometimes it is dysfunctional power – meaning we stay the victim; we always want to perpetrate or punish or Rescue.

I learnt that no matter what you do; if someone has a perception of you, it is almost impossible for you to make them see the whole picture. One has to allow, accept and stay focused on growing in Self and gain an understanding of what lies behind their perception. Be patient, for there may come an opportunity for them to see who you have become.

Until then, you must grow and shine despite their ability to see or acknowledge you, your pain and growth. Sometimes the ego makes us lose them, and we never get to see that.
The True Power of Perception is having a Dream and staying so focused on it that you eventually Become it.

The Black Swan reminds me of this dynamic, at first, we only see the ugly duckling and our perception of it can cheat us from seeing it grows and becomes a Beautiful Swan!

The Swan had to be focused on its potential and be despite our perception.

I have learnt that perceptions should be temporary and that it is a task of mourning, growth and change to expand our perception!

I found that the art of Questioning is the key to expanding our perception. There must come a day when we start recognising the perception that is holding our reality in place. Then we must confront the perception by merely asking ourselves Questions. Questions provide an opportunity for us to challenge the boundaries, to break open and expand and allow ourselves to see a bigger picture or version of the reality we have claimed to be the only truth.

If you ever find yourself stuck in a Perception which is controlling your view and experience; try the following questions – you do not have to have the answers, only ask the questions and be brave enough to allow the truth to be revealed.

May you see the “Swans” in your Life…

PS: One of the Patients Daughters became a Hospice Volunteer Caregiver for many years… then sadly became a Hospice Patient. I was privileged to walk a Journey with this incredible Family, support them and was honoured to facilitate her Celebration of Life. I still chat and support his stepdaughter who also lost her Mom and is in a home and a Swan in her own way.